BERGAN > The textile tradition endures in Armentières with Bergan…

BERGAN > The textile tradition endures in Armentières with Bergan…

The textile tradition endures in Armentières with Bergan… 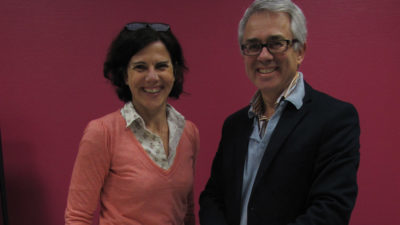 The textile tradition endures with Bergan

In 2010, Natalie and Dominique de Checchi took over Bergan, then located in Frelinghien. Four years later, thanks to a great deal of flair and a lot of work, the company had tripled its turnover. They’re really holding their own in the narrow, demanding niche of luxury hotel linen.

Who’d have believed it? They’re indeed still manufacturing in Armentières. At the Business Hive in the Eurolys area (cf. yesterday’s edition), the sewing machines are still whirring as pillow cases are assembled, destined to give the guests of prestigious hotels a good night’s sleep. There’s even still weaving going on, for toppers, to give one example. A fitting return to the roots of these premises formerly used exclusively for textile production with the Lys cotton factory.
The de Checchis entered the business incubator area four years ago and is now set for a move… just a few metres down on the same site, but with an agreement for occupation only, without the project support side.

“We arrived here after buying up Bergan, a twenty-year old company based in Frelinghien, in June 2010″, explains the former Nydel man. We wanted to stay in the sector to maintain the know-how of the two employees we kept on.” The Hive also offered other advantages: “as we developed, we were able to rent several of the Hive’s cells, without having to change address. It also meant we didn’t have to worry about anything premises-related, which saved us precious time”. The relationship between entrepreneurs is an added bonus: “We found a supplier here, and we try to promote each other’s work whenever possible. It’s our own little network.”

Soft terry, bathrobes with impeccable finishes, really attractive quality bed linen… These products are aimed at the upscale hospitality and catering sector, four- and five-star establishments in dream locations. Exceptional places where customers seek refinement in every detail. And where owners are particularly sensitive to resistance and care requirements for example. They company is able to offer an infinite level of detail. “We can adapt very easily to a customer’s specific demands in terms of materials, sizing, colours and embroidery”, Dominique de Checchi explains.
Bergan’s turnover has now hit the million euro mark. It currently has seven members of staff and plans to take on two more this year.